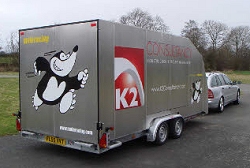 Report #45 September 2021
Wins (and an embarrassment)at Knockhill followedf by more wins at Blyton sees Steve hold on to the BSC lead.

Report #43 May 2021
After some minor winter work, pre season testing the 2021 season gets under way with 4 wins at Blyton

Report #41 August 2020
The season gets under way at Combe (3rd FTD) and Goodwood (another 3rd FTD) with a trick noise deflector.

Report #40 June 2020
Winter/lockdown maintenance and upgrades to the engine (involving a wheelbarrow!), the brakes and bodywork. Ready for the season!

Report #38 September 2019
Steve goes to Lydden and incurs a fine on the DART crossing, nearly gets seasick going to Kirkistown and takes a podium at Combe

Report #37 June 2019
Disaster at Llandow with a very damaged rear end but driver fine. Back with a good 4th in the Run Off at Pembrey followed by Abingon & Aintree

Report #34 August 2018
Steve heads into summer with a win at the Abingdon Carnival (by 6/100ths!) followed by good British Sprint results at Snetterton, Lydden and Knockhill

Report #32 April 2018
A winter spent giving the car a thorough safety check over and a test to set the car up on Michelin slicks. The first 2 events of 2018 and Combe and Rockningham (FTD) are covered

Report #31 November 2017
The season comes to an end at Blyton, Curborough, MIRA and Anglesey. 5th in the British Sprint and the 2 ltre class Champion

Report #30 September 2017
Highs and lows for Steve as he has problems at Lydden, leaves his job after 27yrs, misses out on the Hethel record and a good week-end at Knockhill

Report #29 July 2017
The 2017 season start (following a tuition day at Blyton) with a British Sprint win at Combe fcontinues at Snetterton, Pembrey and Curborough

Report #27 March 2017
Steve looks ahead to the 2017 season following a winter re-building the engine, modifying the chassis and adding some new aero tweaks

Report #25 Sept 2016
Blyton, Knockhill and Kirkistown reports with Steve pushing the limits and has some near misses

Report #22 Nov 2015
In the final report of the year Steve describes the final event of 2015 at Anglesey and looks forward to winter developments.

Report #21 Sept 2015
MOLE Racing undertake an interesting trip to N.Ireland, make a rare visit to Aintree and have a major brake failure at Blyton.

Report #20 July 2015
Steve has problems at Anglesey but gets in some photography, a successful outing at Blyton with new sponsor, Ultrasonics, and good points at Knockhill leaving him 3rd in the British Sprint standings.

Report #19 2015
More winter developments including a new gearbox and the first events of the 2015 season including Combe, Rockingham, Croft, Lydden and Pembrey.

Report #18 2014
Steve Miles reports on a very successful Kirkistown (2nd), a drive shaft breakage at a club Anglesey and a nerve wracking BSC Anglesey with a lightweight drive shaft but another 2nd.

Report #16 2014
Winter developments, 2014 BSC rounds at Combe, Croft & Lydden along with a first visit to Rockingham.

Report #15 2013
2013 BSC rounds at Knockhill, Brands & Anglesey including a run in with a trailer door and two best ever 2nd places.

Report #10 2012
British Sprint Rounds at (a very wet) Snetterton, with a run-off podium and Pembrey 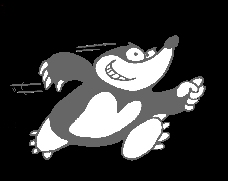